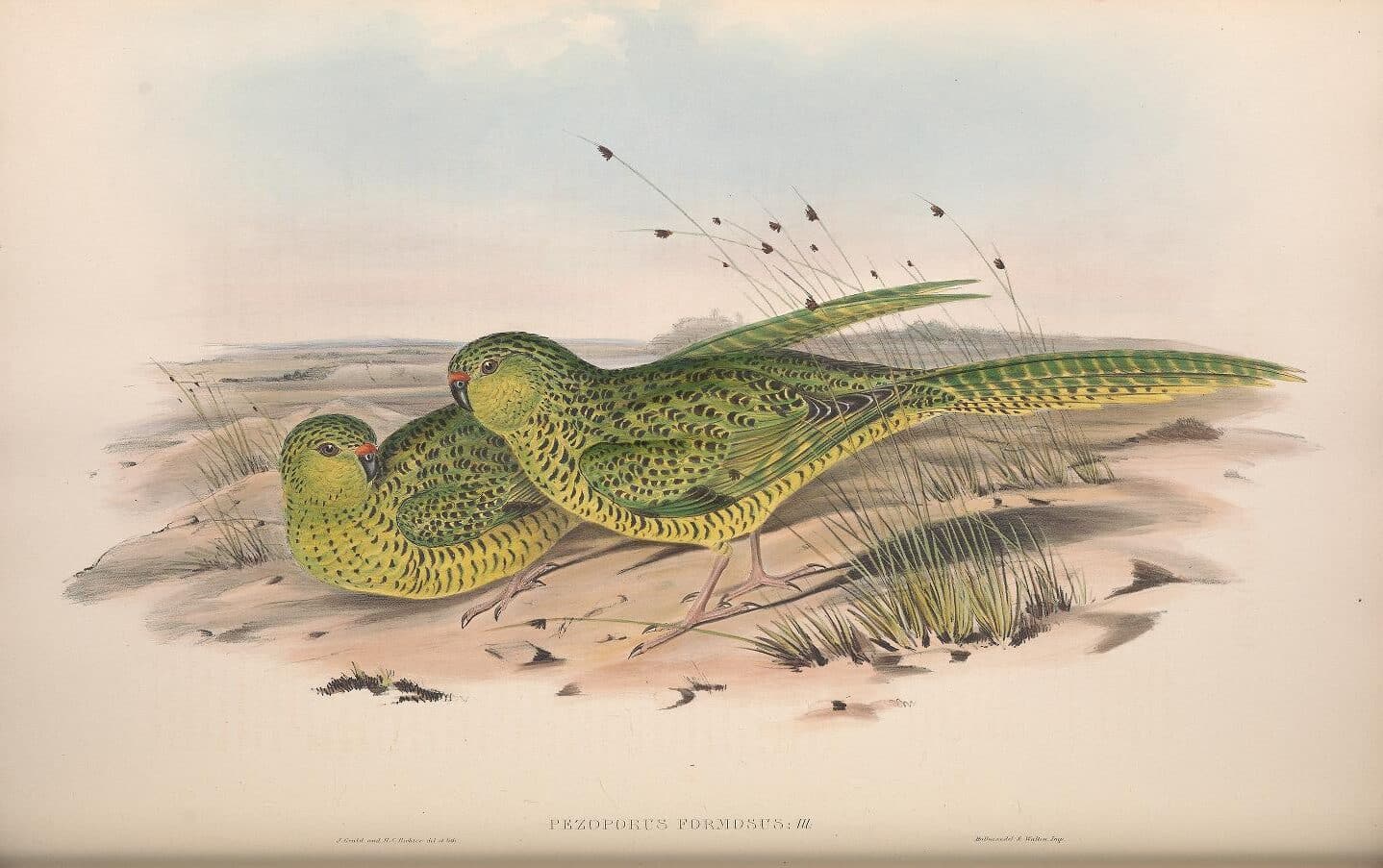 Did you know that, in most countries, a book’s copyright lapses 50-70 years after the author has passed away? This means that many books written in the 19th century are now in the public domain.

In Psittacology’s free reading tips section, I share my best parrot book finds. They’re FREE to download, read or do whatever you want with. Today: John Gould’s “The Birds of Australia” Volume 5, which is dedicated to everything there was to know at the time about Australia’s parrots and parakeets. Including beautiful, free-to-use illustrations!

It must be admitted that this species is at once the most beautiful and elegant of the genus yet discovered, and it will consequently ever be most highly prized for the cage and the aviary; two examples, now in the possession of the Earl of Derby, appear to bear confinement equally as well as any of their congeners; in their disposition they are not so sprightly and animated, but at the same time they are much less noisy, a circumstance which tends to enhance rather than decrease our partiality for them.

Birds of Australia, v5 (1848, John Gould) – about the Leadbeater’s cockatoo

The Birds of Australia is a seven-volume work published between 1840 and 1848 (though supplements appeared in 1851 and 1869). The book is widely considered the most important work of John Gould, a prominent English ornithologist who lived between 1804 and 1881.

The Birds of Australia made quite a splash when it was released. Imagine: most folks had never heard of many of these exotic bird species from faraway Australia, and that at a time when Darwin was active and there was huge fascination concerning the topic. Gould had traveled to Australia himself in order to study the birds discussed.

This book is a collector’s item among vintage book enthusiasts. Originally, only 250 were printed! Although more were produced in reprints, the complete set still goes for $3,500+ online.

Luckily, you don’t have to shell out that kind of money if you’d like to read what Gould had to say about the various parrot species and other birds native to Australia. Because his work is now in the public domain, sites like Biodiversity Heritage Library and Gutenberg have been able to post all volumes online!

It’s incredibly interesting to read about these birds from the point of view of a society that was barely getting to know them. Be sure to share your favorite passage or print in the comments below!

The Birds of Australia: Illustrations

The quality of the illustrations in the book is amazing! Most were drawn up by Gould’s wife Elizabeth, although many had to be finished by Henry Constantine Richter after she passed away in 1841.

Because this book is now in the public domain, that means you are free to use the illustrations inside it however you want. You can print them to hang on your wall, use them as postcards or just set them as a phone background.

You can find many of the prints from The Birds of Australia over at Wikimedia Commons, another organization dedicated to providing access to content in the public domain. They include loads of the parrot illustrations as well as others.

Here are some of my favorites:

If you liked reading The Birds of Australia, be sure to also check out Psittacology’s other free reading tips: