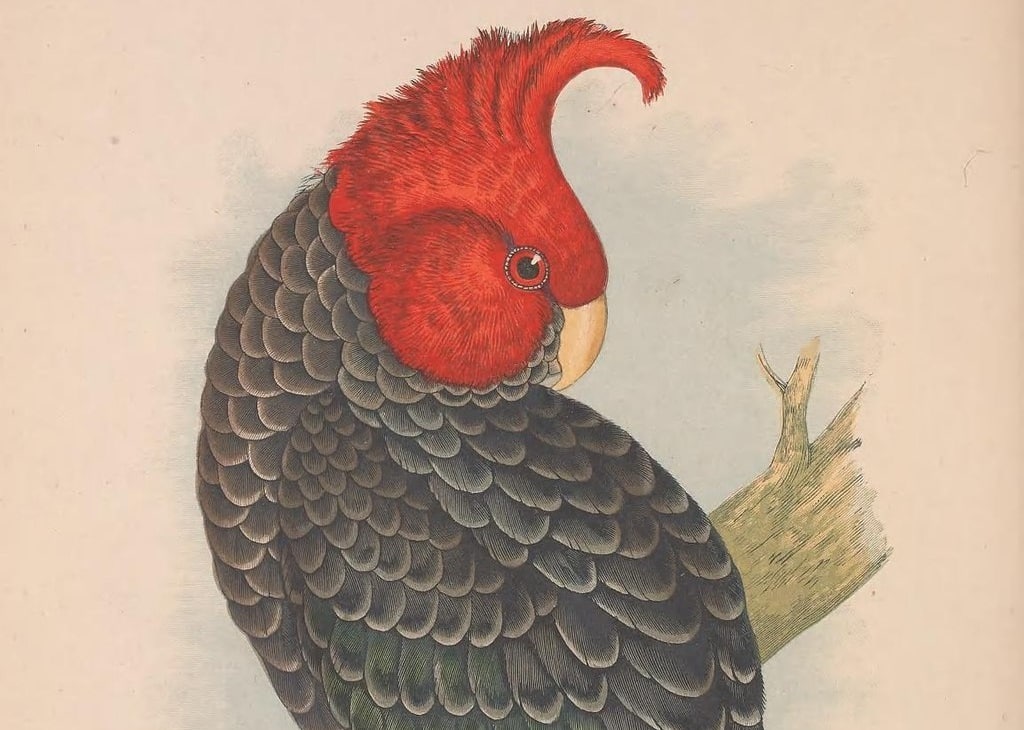 Did you know that, in most countries, a book’s copyright lapses 50-70 years after the author has passed away? This means that many books written in the 19th century are now in the public domain.

In Psittacology’s free reading tips section, I share my best parrot book finds. They’re FREE to download, read or do whatever you want with. Today: W.T. Greene’s Parrots in Captivity, a beautifully illustrated 1880s book series on parrot husbandry.

Do Parrots ever talk intelligently? that is to say, do they ever make intelligent use of their acquired vocabulary? We think so. Thus our lamented Goffin never screamed for “Potato!” except when he spied that esculent upon the table; and it was certainly something like intelligence that prompted another talented bird to say “Serve him right!” when his mistress, as much in sorrow as in anger, asked: “O Polly, why did you bite my boy?” for the urchin had been teasing the poor bird unmercifully, and had got no more than his deserts, when Polly suddenly nipped and drew blood from the offending finger.

Parrots in Captivity, Volume III, W.T. Greene
The question of whether parrots understand what they’re saying is still of scientific interest today!

Parrots in Captivity is a three-part book series published between 1884 and 1887, written by William Thomas Greene, with notes by F.G. Dutton. The author produced multiple books on bird-keeping, but this one is my absolute favorite due to the beautiful hand-colored illustrative plates by Benjamin Fawcett.

These books basically constitute what this website would be if we were currently in the 1800s! They describe everything that was known at the time about parrot husbandry, including such questions as “do parrots drink?” (which the author was clearly tired of having to answer: “To be again asked the above question, after all we have written upon the subject, in the course of this work, and elsewhere, is, we must confess, not a little disappointing”).

The original three-volume Parrots in Captivity set is a bit of a collector’s item, often selling for thousands of dollars when in good condition (you can find an example here). Individual prints are also sometimes found for sale at steep prices.

Luckily, you don’t have to shell out this kind of money if you’d like some insight into parrot keeping in the late 1900s: the books are in the public domain and multiple sources have taken the time to scan and upload them for you to read.

Have a look at Parrots in Captivity at Biodiversity Library, a fantastic website dedicated to making scientific works available for everyone to read:

Be sure to share your favorite quote or chapter in the comments below! Mine is the description for the ringneck parakeet in Volume I, which references how the species was already mentioned more than 2000 years ago by Aristotle and Roman naturalist Pliny. I actually discuss this in my article on ringnecks in ancient Rome!

I happen to be a huge fan of collecting vintage nature illustrations, particularly those depicting parrots. If you are as well, here’s a little tip: the beautiful prints from Parrots in Captivity are in the public domain just like the rest of the book. You are free to print them to frame or do whatever you want with!

You can find a good bunch of the prints on Wikimedia Commons, another website dedicated to spreading works that are in the public domain.

Here are a few of my favorites:

If you have any more questions about the Parrots in Captivity book by W.T. Greene or if you’d like to share your own favorite parrot-related reads, don’t hesitate to leave a comment below!