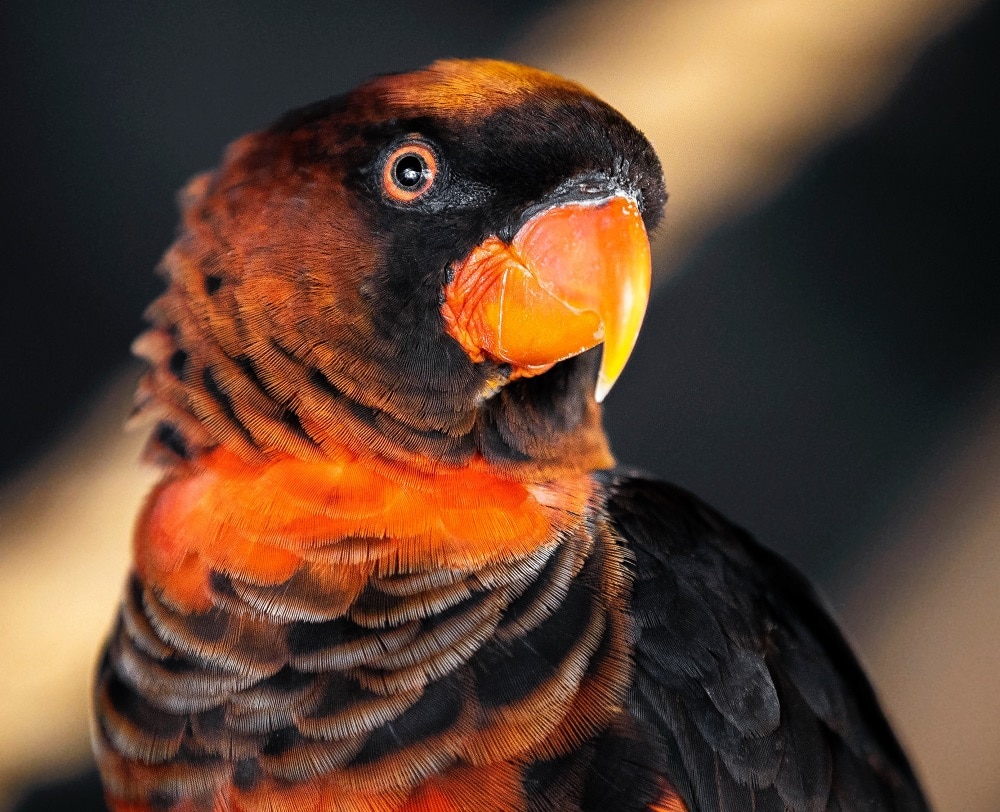 Australasia is home to a wide range of native parrots. Among them are colorful species from a subfamily called Loriinae, usually referred to as lories or lorikeets. But what is a lory? And what is a lorikeet? Are they the same? Do they make suitable pets?

Let’s go into lories and lorikeets: their differences, similarities and whether you should consider getting one.

What’s in a name?

So, what is a lory? If you’re familiar with parrot naming, you’ll know that both ‘lory’ and ‘lorikeet’ are names used to refer to parrots from the tribe Loriini, subfamily Loriinae. The names are often considered interchangeable, but did you know that this is not correct?

Now, that was the official version. Unofficially, though, you can’t really be sure what people are talking about if they’re referencing a ‘lory’. The name tends to be used as an abbreviation for ‘lorikeet’ just as much as it’s used to refer to actual lories.

Does it matter? In the end, not really. Referring to a lory as a lory can help make it a bit clearer what kind of bird you’re talking about exactly. However, what exactly defines the difference is subjective, as with parrots and parakeets.

If you really want to eliminate all doubt, it’s always best to just use a species’ scientific name!

Did you know? Lories and lorikeets are closely related to budgies.

What is a lory?

According to Animal Diversity Web, there are five genera of lories. They total 18 species, all of which amazingly colorful. In the wild, you can find lories all over New Guinea, Australia and a whole bunch of Pacific Islands, such as the Polynesian islands.

Not all lory species are popular as pets, but some of them are. The most popular ones include:

What is a lorikeet?

There are eight genera of lorikeets, together containing around 40 species. Lorikeet habitat overlaps with that of lories, which is unsurprising since they belong to the same group.

As with lories, most lorikeet species are not all too common as pets. A few of them are, though, including the following:

What is a lory or lorikeet like as a pet?

If after reading about all of these different species you’re a little enchanted with the tribe Loriini, you’re not the only one. And it’s not just their colors. As is to be expected from birds that feed on nectar, fruits and other sugary foods, these guys are real clowns! But do they make good pets?

If you’re interested in keeping a lory or lorikeet as a pet, there are a few pros and cons to them that you might want to keep in mind.

All in all, lories and lorikeets are probably not the best choice for beginners. You have to know how to train a parrot to avoid mayhem and the nectar diet requires you to be very meticulous.

This being said, these parrots can definitely make amazing pets. There’s never a dull moment with a lory or lorikeet in the house!

Mini quiz answer: the top bird is a lory, as given away by its shorter tail. A dusky lory (Pseudeos fuscata) to be precise! The bottom birds are rainbow lorikeets (Trichoglossus moluccanus).

If you have any more questions about lories and lorikeets or if you want to share your experiences with these colorful parrots, don’t hesitate to leave a comment below!

4 thoughts on “What Is A Lory? | Lories vs Lorikeets”