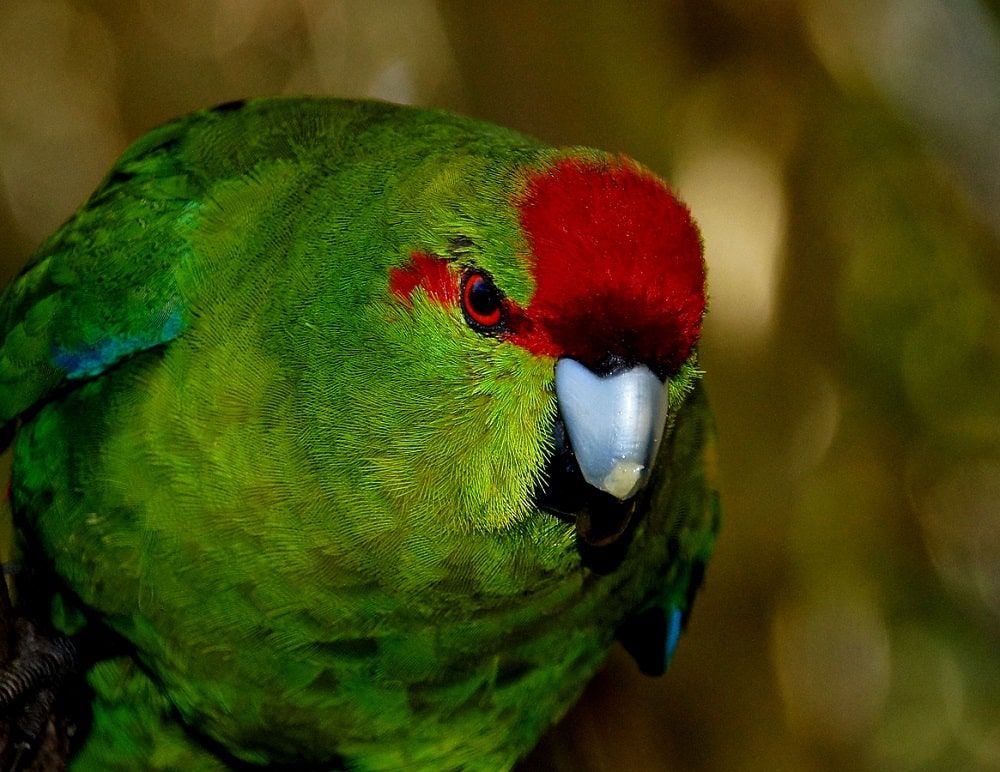 If you’re thinking of adding a kakariki to your family, you may be wondering how long they live. What can you expect in terms of kakariki lifespan? Do they live as long as other parrots, which can be around for decades?

Let’s have a look at all the ins and outs of kakariki lifespan for the different subspecies of this New Zealand native!

Kakariki lifespan in the wild

If you were interested in finding out more about how long kakarikis live in the wild, I’ve unfortunately got bad news. As with many other parrot species, wild kakariki lifespan hasn’t been extensively studied. That’s not surprising: these guys can be quite elusive in their natural habitats.

I suppose tagging and tracking birds living inside protected zones would provide some insight into how long they live, but from scouring scientific records, I’ve concluded that no one has tried that yet as far as I could find.

One study mentions “(…) little is known about any patterns of reproductive senescence [aging] or even their average lifespan in the wild, although it is thought they are short-lived for parrots” (Irwin, 2017).

When it comes to kakarikis in captivity, there is a bit more information available to help us figure out how long they can be expected to live. This info does kind of confirm what was mentioned in the previous paragraph: kakarikis aren’t nearly as long-lived as some other parrot species like cockatoos. Still, the numbers seem pretty normal for a small parakeet.

As with the majority of other parrot lifespan articles on Psittacology, I mainly relied on a 2012 study called Survival on the Ark for this. This is one of the most comprehensive papers that can be found on parrot lifespan, but it’s important to keep in mind that it deals with birds in zoos, not homes. Still, it gives us somewhat of an idea that isn’t just based on anecdotes.

Unfortunately not all kakariki species are included, but the most popular one (the red-crowned kakariki, Cyanoramphus novaezelandiae) is. Here are the numbers I could find for kakariki lifespan:

Another study, which was published in 2000, lists records for Cyanoramphus novaezelandiae and auriceps, respectively. The ages recorded here are 12.5 and 9.5.

What we can conclude from this is that kakarikis tend to live between 5-15 years, although it’s not out of the question for one to make it to 20 or up either.

So what can you do if you want your kakariki to live a long and happy life? Maybe even make it to 36, like the longest-lived individual in the table above? The unfortunate truth is that the majority of parrots in captivity don’t make it anywhere close to their potential lifespan due to not being cared for properly.

Some common (and preventable!) issues that plague pet parrots and cause their premature deaths include:

You’ll want to prevent all this and more if you’d like to give your kakariki the chance of living a long life. I’ll lay out some basic tips below, but don’t forget to also have a look at the more detailed full kakariki care guide!

Care tips for a long life

Although some parrots just don’t win the genetic lottery and are bound to pass away prematurely due to disease, there’s a lot that you can influence.

For a happy, healthy and long-lived kakariki, don’t forget the following:

How old is my kakariki?

If you got your kakariki from a breeder, they should be able to tell you all about when your bird hatched. Even if you can’t get in touch with them, your parrot may have a leg band that states its birth year. But what if you bought your kakariki in a pet store that has no idea, or if it was a rescue?

It’s understandable to want to know how old your pet is, just to know how much longer you can expect it to be around for, and so it’s clear whether certain issues that may pop up can be attributed to age. Older parrots often need some extra care.

The annoying thing is… there’s no way to know. Past about the two month mark, when a baby kakariki’s feathers have fully grown in, there are no visual markers that betray its age. In younger birds, you’ll see developing pinfeathers, duller colors and a less pronounced head cap.

If you have any more questions about kakariki lifespan or if you’d like to share your own experiences with these colorful parakeets, don’t hesitate to leave a comment below!

4 thoughts on “Kakariki Lifespan | How Long Do They Live?”