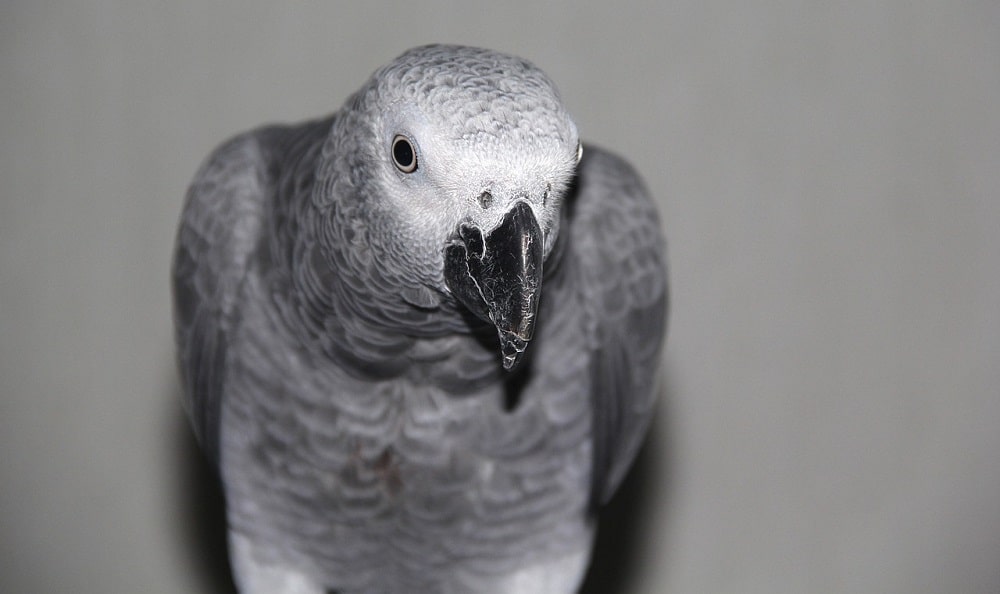 If you own an African grey parrot or are thinking of adding one to your family, you might be wondering how long you can expect your partner in crime to stick around. How long do African grey parrots live? Spoiler alert: potentially a very, very long time, but it’s up to you to make sure that actually happens.

Let’s go into African grey parrot lifespan and what you can do to make sure yours lives a very long and happy life.

What is the lifespan of an African grey parrot in the wild?

There are some subtle but noticeable differences between the two African grey species and they don’t occur in the exact same areas in the wild. However, their potential lifespans seem pretty much the same.

Wild African grey parrots can reach impressive ages. As is to be expected, though, a large percentage of them don’t even make it to adulthood. The life of an African grey in its natural habitat can be harsh, with threats from disease as well as raptors and other predators.

The average lifespan of an African grey parrot in the wild was concluded in a 2002 study to be 22.7 years (Ryan, 2002), which is not bad at all considering the dangers they face on a daily basis.

Did you know? Both species of African grey parrot are endangered in the wild due to human activity. They prefer forest habitats in the wild, which are rapidly disappearing. Additionally, the pet trade has absolutely ravaged their numbers. It’s now extremely illegal to trade wild African greys but obviously it’s almost impossible to completely prevent this.

What is the lifespan of an African grey parrot in captivity?

As is to be expected, African grey parrots have the potential to live a lot longer in our homes than they do in the wild. Although bad husbandry still leads to huge numbers of African greys to pass away prematurely, their average lifespan in captivity is still noted to be around 45 years (“Psittacus erithacus, Linnaeeus, 1758”, PDF file).

It’s important to keep in mind that this number of 45 years is the average lifespan for the species as pets, not an absolute lifespan. They can live for much longer, with reports floating around of African grey parrots with the documentation to prove that the bird is or was over 80 years old.

Whether or not your African grey parrot will actually make it to a mindboggling eight decades of age probably has a lot to do with luck and genetics, since birds this old are really outliers.

Whether or not your bird makes it to something more realistic like 45 to 60 years old, though, depends almost entirely on YOU. With good care it’s entirely possible for African grey parrots to reach an age like this.

Did you know? The oldest parrot listed in the Guiness Book of World Records was Cookie, a Major Mitchell’s cockatoo who passed away at 82 in 2016. There’s also Poncho the green-winged macaw, who was apparently 91 in 2017.

What influences the lifespan of an African grey parrot?

Now that we’ve established that African grey parrots really are friends for life, you’re probably wondering what you can do to make sure yours stays with you for years to come. Let me go serious mode here for a second:

As with all domestic parrots, it’s extremely important to think things through before you make the decision of adopting an African grey. They need just as much care, attention and stimulation as a dog or even a child in some cases, and they depend entirely on you for their health and well-being.

You can’t expect your parrot to thrive if you just stick it in a cage and view it as a decoration piece. To be a good African grey parrot owner, you’ll have to be willing to provide top notch care and lots of love for a huge chunk of your life!

Now that we’ve got that over with, let’s go into what it actually means, practically speaking. What care factors are important influencers of domestic African grey parrot lifespan?

Diet is probably the number one influencer of domestic parrot lifespan and unfortunately also the point where things go wrong for most. The problem is that myths about parrot diet are still very prevalent: most people who haven’t done specific research on parrot care still think they can thrive on just seeds.

Wild African grey parrots actually do eat seeds whenever they can find them. However, they are mostly frugivorous, meaning their preference goes out to fruits. That makes sense, as fruits have a high sugar content and therefore provide wild greys with the energy they need! Oil palm fruits are a big favorite (Enciclopaedia Brittanica, 2018).

In the wild, African grey parrots will also feed on pretty much anything else they can find. They supplement their diet with some types of leaves, flowers, tree bark and even any unlucky insect that finds itself in front of their powerful beaks. Additionally, they’ll visit farmer’s fields to feed on their crops.

So what should you be feeding your African grey parrot in captivity to keep it healthy? Although it’s true that some of the oldest African greys were fed a diet of mostly seed mix, the chances of yours making it to a respectable age are much greater if you offer a more varied diet consisting of:

Tip: Hypocalcaemia (calcium shortage) is particularly common in African grey parrots and can lead to serious symptoms like seizures. Hypocalcaemia is most common in birds that have been fed a seed-only diet (Stanford, 2007), so if you’re following the guidelines above you’re already on the right track. Still, make sure your bird always has cuttlebone and a calcium block available.

Try feeding high-calcium foods like kale and offering foods that block the absorption of calcium, like spinach, only sparingly.

How old is my African grey parrot?

If you already own an African grey parrot, you might be wondering how old it actually is after reading all this. The bad news: as with other parrot species, it’s not really possible to tell the age of a mature African gray parrot by looking at it. However, there are a few things that might just help you out.

If you have any more questions about African grey parrot lifespan or if you want to share your own experiences with this amazingly intelligent species, don’t hesitate to leave a comment below!

If you’re wondering about the lifespan of other common pet parrots, have a look at the Parrot Lifespan category.

21 thoughts on “What Is The Lifespan Of An African Grey Parrot?”