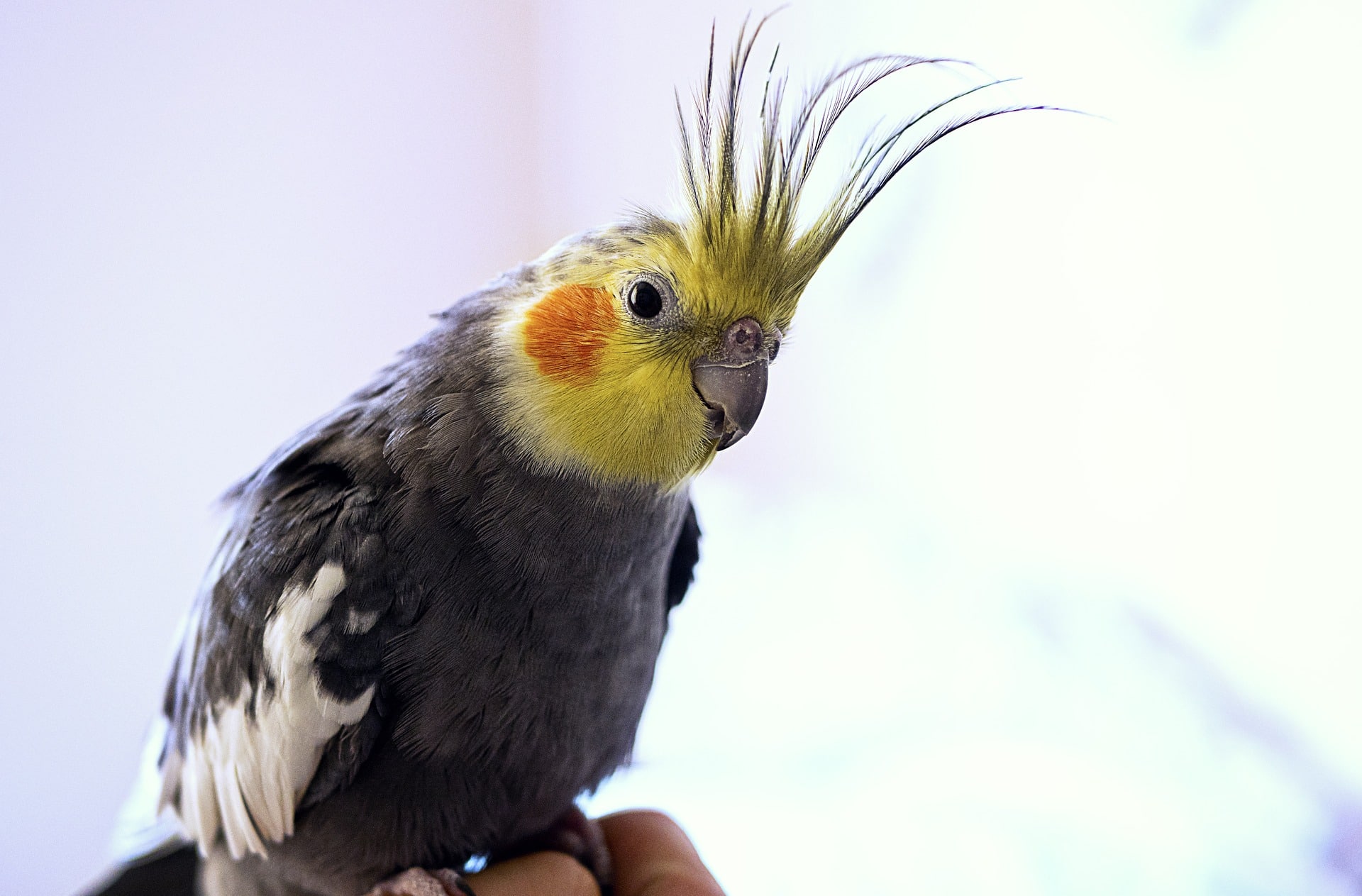 Is your cockatiel looking slightly… scruffy? Are you finding feathers on the bottom of the cage, and does the bird seem a bit on the cranky side? Don’t worry, your ‘tiel doesn’t hate you all of a sudden: it’s just molting. This process is recurring and natural but means a few weeks of discomfort for your bird.

Learn all about what it means when your cockatiel is molting and what you can do to make it feel better.

What is a molt?

Bird feathers are exposed to a lot on a daily basis and wild cockatiels are no exception. Dirt, preening and any damage that occurs would have them looking pretty ratty after a year or two if they didn’t replace their feathers on a regular basis. And that’s exactly what molting is: a time during which part of your cockatiel’s (or other parrot’s) feathers are traded for fresh new ones.

The first molt on a cockatiel usually occurs when the bird is nearing a year old. This is when they shed their baby feathers: before the initial molt, all wild type cockatiels are grey, whereas the males develop a yellow face once they become adults.

After this first molt, your cockatiel will continue to go through heavy shedding about twice a year (and very light molting throughout all months). You’ll know when it happens: you’ll find lots of feathers and flakes everywhere and see the bird preening itself more often. And it definitely won’t look its best, since a feather that falls out isn’t immediately replaced with a new one.

Rather than a fresh feather, a pinfeather will appear first. A pinfeather is basically a developing feather covered in a sheath of keratin (the material that feathers, beaks and nails are made from). This sheath offers protection, which comes in handy as developing feathers are directly connected to the cockatiels’ blood supply and can cause very serious bleeding when damaged.

Once the new feather has fully developed, the ‘pin’ falls off. A cockatiel can look pretty disturbing during a heavy molt if it has lots of pinfeathers, since they look almost wormy, but it’s completely natural!

Did you know? Many birds molt during springtime. This way they can look fresh during the nesting months and attract a mate with their lush new feather coat. It can also get rid of heavy down that species in colder areas develop for the cold months.

What happens to your cockatiel during molting?

A bird never molts all of its feathers at the same time. After all, that would render it unable to fly, which is the main defense mechanism for most species. Still, molting time is not exactly the best moment to be a bird.

Tip: Is your cockatiel always losing lots of feathers and looking bare? Or has it gone through more than two molts in less than a year? You might want to visit a vet just to make sure there’s nothing wrong.

What should you do when your cockatiel is molting?

As mentioned above, your cockatiel might not want much to do with your when it’s molting. You should respect that, as it’s understandable to wish to be left alone if you’re tired, itchy and feeling unsafe!

However, that doesn’t mean there’s nothing you can do for your cockatiel when it’s replacing its feathers.

Did you know? The lifespan of a cockatiel is 20-25 years in captivity. This means your ‘tiel might molt more than 50 times during its life!

In conclusion, it’s normal to have to deal with a cranky and disheveled-looking cockatiel for at least a few weeks every year. Just try to make the process as comfortable as possible and don’t stress: your bird will be back to its friendly self soon.

If you have any more questions about cockatiel molting or if you want to share your own experiences with these delightful Australian parrots, don’t hesitate to leave a comment below!

19 thoughts on “Help! My cockatiel is molting | What to do?”