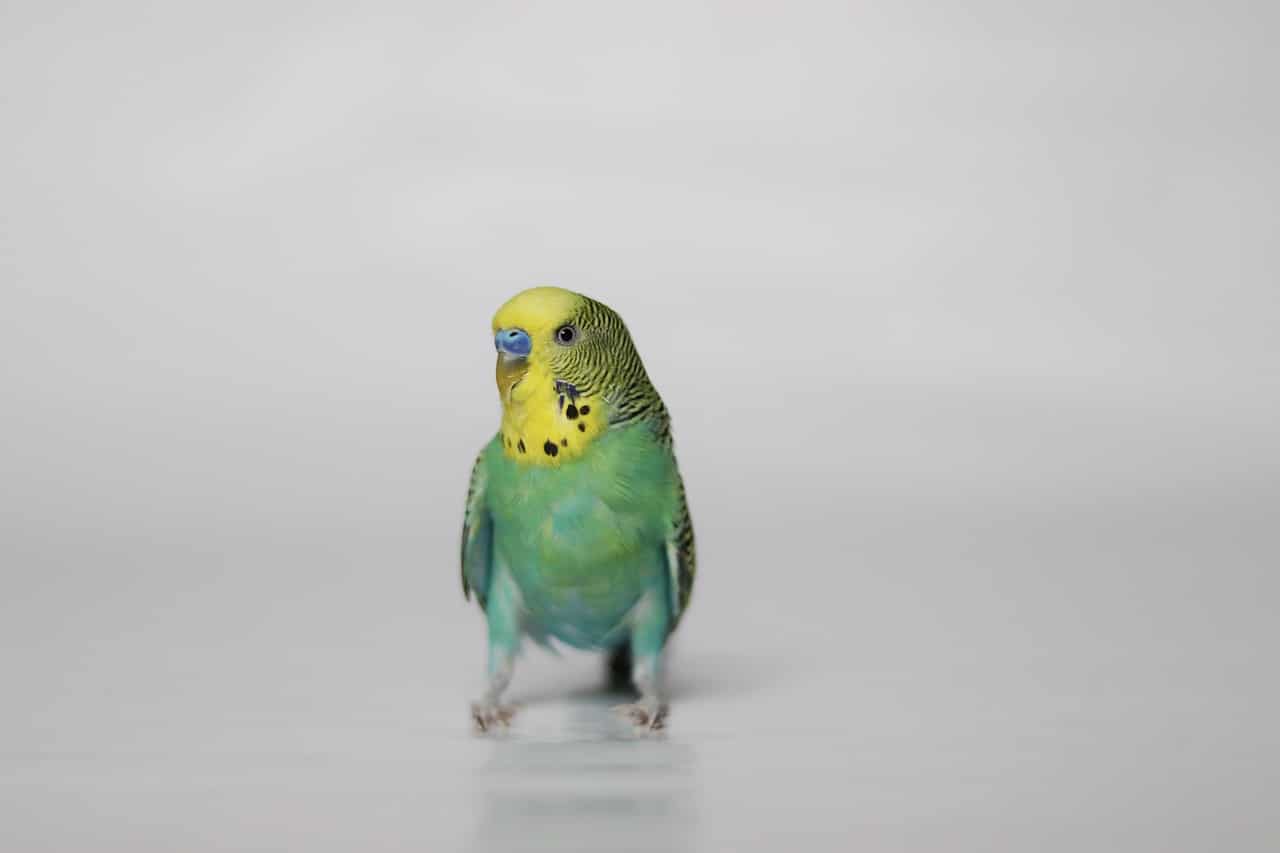 If you’re wondering whether your parakeet is male or female, you’re in luck. Assuming it’s a budgie parakeet, and you know how to tell the gender of a parakeet, you should in most cases be able to figure it out.

Budgies’ appearances contain visual indicators of their gender: they are sexually dimorphic. The same goes for many other parakeets; we’ll go into telling the gender of 8 additional species once we’ve covered the common budgie.

Keep reading for everything you need to know about how to tell if a parakeet is male or female!

How to tell the gender of a budgie

So is your budgie a male or a female? Now, let’s start off with mentioning that the only way to absolutely be 100% sure of the sex of a budgie is a DNA test. Differences can be pretty subtle, and in some cases it’s easy to misinterpret them. In other cases, the budgie itself just doesn’t seem to care about the rules and simply closely resembles the other sex!

The most reliable way to visually sex a budgie, one that you can use yourself, is looking at the bird’s cere. The cere is the nose area above the beak that contains the nostrils. It has a different color than the beak itself, and that color holds the clues to your budgie’s gender.

That was the good news. The bad news is that there’s not just one color for males and one color for females. It varies with age, color mutation and broodiness.

To figure out the gender of a budgie, first you must know whether you’re dealing with a baby budgie or an adult one. You can find some info about figuring that out at the bottom of the article on budgie lifespan. Then, use these guidelines to figure things out:

Warning: the differences here can be really quite subtle! I’ve found that generally young males will be the ones with a slightly darker colored cere, as the pink or purple tinge darkens the color a bit compared to females’ blue or white-ish. Still, it’s much easier to figure out the gender of an adult budgie than a juvenile one.

If your budgie is albino (white with red eyes), lutino (yellow with red eyes) or recessive pied you’ll have to pay close attention. Males of these color varieties won’t follow the blue cere rule.

Rule of thumb: if the cere has any red mixed in (leading to purple or pink coloration), that indicates male, specifically a juvenile male or one of the exception colors. Females will never normally really show these colors on the cere.

Other indications of gender

The cere color is a relatively clear way to figure out a budgie’s gender in most cases. Sometimes it’s just too difficult to figure out or a bird’s cere simply doesn’t follow the rules. There are some behavioral indications of a budgie’s sex as well, which you might find helpful.

These are not definitive at all, since some female budgies are just manly and the other way round, but they but can help make you feel more confident in your ruling.

How to tell the gender of a parakeet (other than budgies)

Figuring out whether a Bourke’s parakeet is male or female can be a challenge and the most accurate way is definitely to opt for a DNA test. There are, however, some visual and behavioral indicators that can help you out.

Tell the gender of an Indian ringneck parakeet (Psittacula krameri)

Determining the gender of an Indian ringneck parakeet is not considered possible before the bird has reached maturity at around three years, unless you go for a DNA test. After that, there are some good indicators.

Although some expert breeders of lineolated parakeets have become pretty good at visually sexing their birds, males and females really are very similar. Your best bet would really be a DNA test, though you could keep an eye out for the following:

Tell the gender of a red rump parakeet (Psephotus haematonotus)

As long as your red rump parakeet is an adult specimen you’re in luck. Sexing these visually is pretty easy: only the males feature bright green colors and the typical red rump.

Females are more dull in color and don’t display any red at all.

Tell the gender of a monk parakeet (Myiopsitta monachus)

Sorry, you’re out of luck here. Get your DNA test ready, because monk parakeets are simply not sexually dimorphic. Males and females look exactly the same!

Tell the gender of an Alexandrine parakeet (Psittacula eupatria)

Apart from their significantly larger size, Alexandrine parakeets are very similar visually to the previously discussed Indian ringneck. This extends to their gender dimorphism. As with Indian ringnecks, you won’t have much luck sexing an Alexandrine parrot before it has reached about three years of age.

If your Alexandrine parrot is an adult you can go off the neck ring or lack thereof for sexing. Ring means a boy, no ring means a girl.

Tell the gender of an Eastern rosella (Platycercus eximius)

Eastern rosellas can be sexed visually by looking at their coloration. That being said, as with many other species, you’ll have trouble figuring it out until the bird is fully grown and has gone through its first molt.

Tell the gender of a kakariki (Cyanoramphus novaezelandiae)

Telling male kakarikis (red-crowned parakeet) from females is not too much of a struggle if you know what you’re looking for. Here are some good indicators that can help you avoid having to do a DNA test on your bird, though as always, remember that some birds just defy the rules.

When choosing your budgie or other parakeet, does it matter whether you go for a male or a female? It depends, of course, on your preferences. Someone who is intending to breed their birds obviously has to be able to be very certain of the sex of their birds before buying, which is where DNA tests come in.

Even if you’re just looking for a companion parakeet, gender can still matter to some degree. As you’ve probably been able to conclude from the above sexing guides, male and female parakeets do display different behaviors. Keep the following in mind, though don’t forget that sometimes females do behave ‘manly’ and vice versa.

Reading the above it might seem like males make better pets than females. Really, though, generally it doesn’t matter that much. The differences aren’t that pronounced and one advantage of female parakeets is that they do bond very strongly with their owner in a lot of cases. Just get the bird that you connect with!

Quiz answer: The female budgie is on the left and the male on the right.

If you have any more questions about how to tell the gender of a parakeet or if you want to share your own experiences with any of the species mentioned in this article, don’t hesitate to leave a comment below!