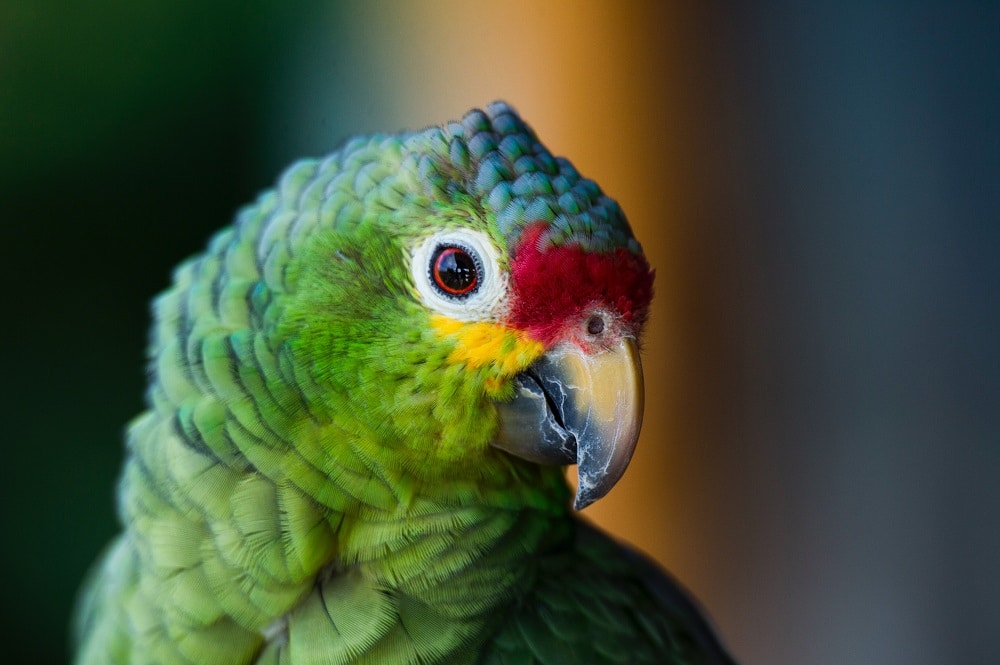 If you’re thinking of keeping a parrot as a pet, you’re probably wondering how many years you’ll be able to enjoy your feathered friend for. How long do parrots live? It greatly varies per species, but the good news is that generally speaking, parrot lifespan is pretty impressive!

Keep reading for everything you need to know about the life expectancy of parrots and what influences it.

How long do parrots live?

Before we go into parrot lifespan, it’s important to consider that there are multiple ways of looking at age. We could go by average lifespan, potential lifespan or even median lifespan and get completely different numbers! There is also a big difference between parrot lifespans in the wild and in captivity.

One thing we can say for sure is that parrots are among the most long-lived pets out there. Large species, especially cockatoos, have been confirmed to be able to make it to 80+ years old! Even tiny parrots like the ubiquitous budgie can actually live for up to 30 years, although most of them pass away much earlier than that due to bad care.

Whatever parrot you choose, you should make sure to give at least some thought to what your life is going to look like in a few years. Obviously we can never predict where things are going to go, but since many larger parrots have the potential to actually outlive you, it’s important to think long and hard before adding one to your family.

The list below contains some popular parrot species and their potential lifespans. Note, again, that this is potential. As we’ll lay out below, there are lots of factors that influence how long your parrot ends up living. Not all of them are in our hands. With a combination of good care and a dose of luck, though, your bird could make it to the age listed.

All this talk about parrot lifespan is great, but it’s important to keep in mind that the ages listed are not a given. Whether your own pet parrot will make it to a respectable age or not greatly depends on you. Good care, a proper diet, avoiding accidents and allowing your parrot to exhibit its natural behaviors are all contributing factors.

Let’s have a quick look at some of the things you can do to make sure your parrot is happy and healthy for years to come.

One of the care aspects where things most frequently go wrong when it comes to parrot care is diet. The myth that these birds can thrive on a diet of just seeds is still very pervasive. It makes sense to think this, because it’s true that some wild species such as budgies mostly eat grass seeds.

If you take a closer look at parrot dietary needs, though, you’ll quickly find that seeds should not form the base. Yes, some wild parrots live off them, but they also move around infinitely more than any indoor pet parrot ever would. The high-fat content of seeds is not a bother to them. Additionally, many other species barely eat any seeds at all.

Although we’re usually not able to sample exactly the variety that parrots eat in the wild (and many of these items are just not available in our regions), we can let their wild diets inspire us. Let’s take a look at what wild Indian ringneck parakeets eat, for example.

So, how do we translate this to pet parrots? We’ll have to keep in mind that wild ringnecks can easily eat more sugary and fatty foods, as they fly large distances daily and get a lot of exercise. We’ll have to maintain the same level of variety while decreasing the amount of sugar and fat a bit. We can replace this with nutrient-dense but low-calorie options.

The above is obviously only an example and dietary needs vary from species to species. It’s the way of thinking itself, keeping the wild parrot in mind but adjusting for captive circumstances, that’s important.

Did you know? Sunflower seeds are still marketed as a parrot food. Parrots do love these seeds but they should only be used as (training) treats. They’re extremely high in fat and don’t provide much actual nutrition at all.

Apart from diet, there are many more general are factors that play a role in keeping your parrot healthy. They mostly center around safety and (mental) exercise.

As much as we can try to provide the best possible care for our pet parrots, not all of it’s in our hands. Accidents do happen, and so do diseases.

Many pet store birds don’t have the best genetics, meaning they’re more prone to health issues like the formation of tumors. If you have a rescue bird it’s even iffier, because you will often have no clue what it went through before ending up in your care. All you can do is make sure your care is top notch and the rest is up to fate!

So, how long do parrots live? A pretty long time in some cases! A quick look at the Guinness Book of World Records and other sources reveals a wide array of parrots that (supposedly) reached crazy ages.

Some are more believable than others (if it’s in the Guinness Book, it’s verified). I’ll let you judge for yourself:

If you have any more questions about parrot lifespan or if you want to share your own experiences, don’t hesitate to leave a comment below!